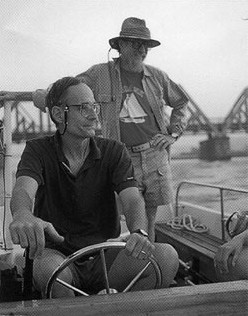 Fell, who joined the College in 1968 and retired in 2003, was a specialist in marine biology, in particular the developmental biology and ecology of sponges and the ecology and restoration of tidal marshes.

Fell remained an active scholar in retirement, earning research grants and involving undergraduates in his work. Most recently, he was involved in research on the ecological impacts of reed grass invasion in tidal marshes of the lower Connecticut River. In October 2005 he presented the results of this research at the biennial meeting of the Estuarine Research Federation held in Norfolk, Va. A paper on that work has just been accepted for publication in the New England Naturalist.

He is survived by his wife Ruth and children Steve and Allison.

An award for student research has been established in Fell’s name. It will be awarded for the best senior research project in the biological sciences and will be presented annually at the College's Honors and Awards Ceremony in the spring. Contributions for the award fund can be sent to Becker House, Connecticut College, 270 Mohegan Ave., New London, CT 06320. Checks should be made out to Connecticut College, with a memo or note indicating that they are contributions for the Paul Fell Biological Research Award.

Donations in Fell’s memory, which will be used to purchase building supplies for summer mission trips, may also be made to Habitat for Humanity of Southeastern Connecticut, 377 Broad St., New London, CT 06320 or to Christ United Methodist Church, 200 Hazelnut Hill Road, Groton, CT 06340.