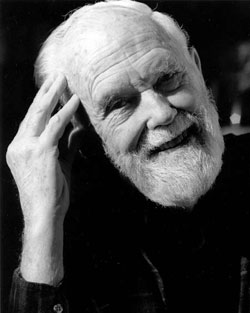 “What I have done in this life has not been motivated by an effort to save myself from unpleasant experiences in the next, but rather, at least in part, by a desire to preserve the beauty and biological integrity of the earth we have inherited.” Goodwin, R. H. (2002), A Botanist's Window on the Twentieth Century. Petersham, Massachusetts: Harvard Forest, p. 303.

Goodwin helped establish The Nature Conservancy, an international group that now protects more than 98 million acres worldwide. He and his wife Esther donated land, and persuaded neighbors to do the same, to establish Connecticut's Burnham Brook Preserve, a 1,200-acre preserve used mainly for scientific research.

As a result of Director Goodwin's efforts, the Connecticut College Arboretum grew from 90 acres to 450 acres, pieced together by 22 separate tracts. Dick served as professor of botany and chair of the botany department at Connecticut College from 1944-1976. In 1969, he helped the College create one of the nation's first environmental studies programs.

Learn more about Dick Goodwin and his remarkable life.