Among an international delegation, a sense of intimacy at Inauguration

The of President Katherine Bergeron drew guests from around the world, and there were personal connections for many of the delegates.

Among the 104 delegates, who represented 100 learned institutions and societies, were some very good friends of Bergeron, colleagues who had known her at the start of her academic career and worked with her in various capacities since. For people like delegate Jane A. Bernstein, representing the American Musicology Society, Bergeron’s Inauguration was special.

“This is a great moment in all our lives,” said Bernstein, a professor of musicology at Tufts University.

Bernstein was chair of the department at Tufts when Bergeron, a fellow musicologist, first entered a tenured professorial track. Bernstein has known Bergeron for 25 years and has seen much of her friend’s career develop.

She added that Bergeron’s selection was tremendous for the Society. Bergeron is a past winner of the Society’s Otto Kinkeldey Award, given to the author of the most distinguished musicology book written during a given year. “Voice Lessons: French Mélodie in the Belle Epoch,” earned Bergeron the award in 2011.

Many members of the Connecticut College faculty were part of the delegation, representing the institutions where they earned their degrees. David Kyuman Kim, associate professor of religious studies, received his doctorate at Harvard University, and wore the crimson robe of his alma mater on Saturday. He noted the significance to the Connecticut College faculty and staff of having delegates from so many institutions.

“It’s an honor to witness an important ceremony in the life of Connecticut College,” said Kim. “It’s a chance to honor our history and lineage, as well as our future.”

Christopher Hammond, associate professor of mathematics and chair of the Connecticut College mathematics department, was selected as a delegate for his undergraduate alma mater, Sewanee: The University of the South. He was also happy to witness the Inauguration of a president who is strongly focused on academics and curriculum.

“Even if I wasn’t here representing Sewanee, I would certainly be here with the faculty, because this is an important day for Connecticut College,” Hammond said.

“The Inauguration of a new president, of a female president, is a beautiful thing,” said Ross. “Her vision and what she hopes to accomplish will be a wonderful addition for the college.”

While the majority of delegates were from the northeastern United States, some came a considerably farther distance to celebrate Bergeron.

James Stiles ’83, who represented the University of Witwatersrand in Johannesburg, South Africa, traveled the furthest of any of the delegates. Closer to home, nearly all of the New England Small College Athletic Conference (NESCAC) institutions sent representatives, along with most members of the Ivy League.

All the delegates, wearing the colorful regalia of their institutions, took part in the processional leading Bergeron to Palmer Auditorium for the Inauguration. 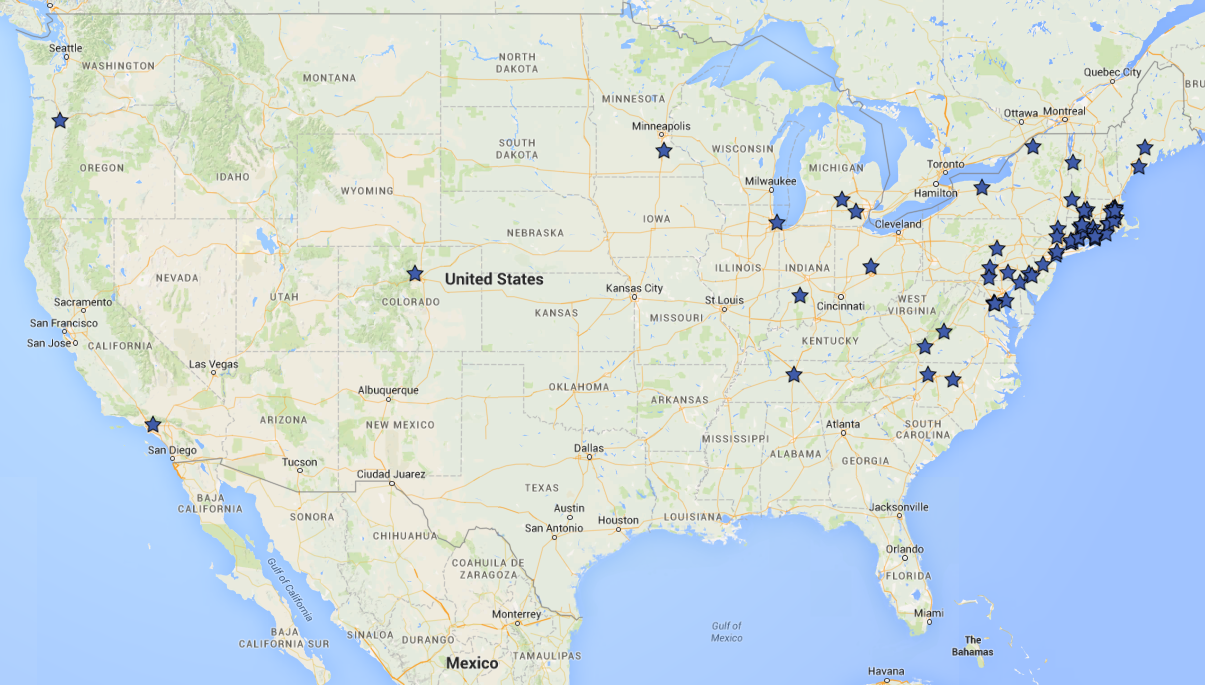