Spencer Pack, an expert in contemporary economic issues and the history of economic thought, is interested in analyzing the world economic system: both how it is, and how it can be improved. He feels that the best way to understand the present and to prepare for the future is to understand the past. 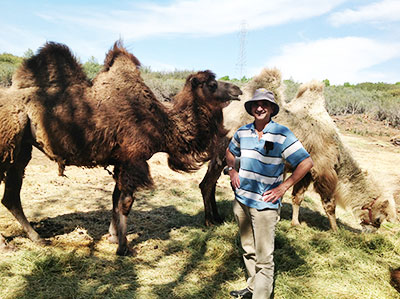 Pack's book Adam Smith's Critique of the Free Market Economy is described in The History of Economic Thought as a "powerful and thoroughly documented book that overturns many long-held beliefs about Adam Smith," where Pack argues that "Smith's position on the role of the state in a capitalist society was not so different from that of a modern 20th century liberal." Pack is also the author of Reconstructing Marxian Economics: Marx Based upon a Sraffian Commodity Theory of Value. He has also published pieces on Aristotle, Joseph Schumpeter, George Gilder and Kozo Uno.

Pack teaches Introductory and Intermediate Macroeconomics, Economic History/History of Economic Thought, Parts I and II, Seminar on Adam Smith, and a new course, Libertarian and Anarchist Economic Thought. He also teaches the Economics of Food: A Feminist Perspective, a study of the production, distribution, preparation, consumption, and disposal of food in various economies, with a focus on the determinants and repercussions of the sexual division of labor, taught in SATA programs.

Pack is a former Dana Fellow at Yale University and is listed in various Who's Who.