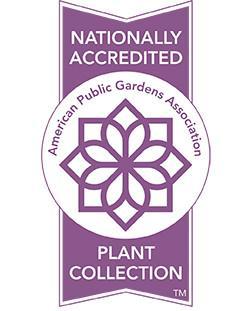 The Fine Native Azalea Garden includes seventy-nine deciduous Rhododendron shrubs. There are a total of eighteen taxa represented. Fifteen are species and three are selections of natural hybrids. For the Connecticut College Arboretum, native is defined as plants indigenous to eastern North America, east of the Mississippi River. Many of our azaleas are not native to the state of Connecticut, but are hardy in our near-coastal location. Among those featured include Rhododendron austrinum, the least hardy species that dies back to the ground during harsh winters; Rhododendron atlanticum, a low growing plant with a suckering growth habit; and Rhododendron prunifolium, the most vigorous of our native azaleas with late season flowers during July and August. Evergreen native rhododendrons are also represented in the Fine Garden.

Bloom times are for our location in southeastern Connecticut.

View detailed species information and photos of the native azaleas in our collection on flickr.