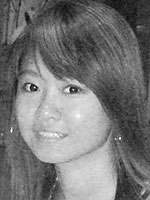 After traveling in China the summer after graduation, Shuang joined Dr. Sabine Ehrt’s lab at Weill Cornell Medical College in New York City. They study the metabolic environment that Mycobacterium Tuberculosis’s (Mtb) faces within its host, and characterize Mtb genes to better understand the molecular basis for its ability to resist host defense mechanisms using biosafety level 3 organisms and mouse models. After work and on the weekends, she volunteers with New York Hospitals Queens and with Musicians On Call, a volunteer organization that brings together musicians to perform for hospital patients. She is also preparing for the MCAT and applying to medical schools.

Study Away
Fall 2010 - SIT Community Health and Social Policies, South Africa. This study abroad experience included a month-long independent study project, "Exploring the Collaboration of HIV and TB Services in a Rural Hospital in the Province of KwaZulu-Natal, South Africa," in which she volunteered in the hospital and interviewed the doctors.