When I graduated from high school in New York two years ago (yikes!), it never occurred to me just how far my closest friends would be traveling for their respective undergraduate educations. Some of my friends committed to schools as far as California, while others (like myself) decided to stay a bit more local to the tri-state area of New York, New Jersey and Connecticut.

One of my closest friends, Ava, remained local too. She attends another school in the NESCAC, the New England Small College Athletic Conference, and is a mere 45-minute drive from Conn. It is shocking that it took almost two years for the two of us to coordinate a campus visit. Over spring break, we met for lunch in New York City near where we attended high school and vowed to finally make a visit happen.

Ava came to Conn on a beautiful, sunny Friday afternoon in April. Her arrival was timed perfectly because my improv group, N2O, had a show that night and I was excited to have an outsider’s perspective on the performance. Ava’s actual time of arrival was a little less than perfect. She came onto campus 10 minutes before my first of two work shifts. I panicked because she could not join me at work, but my friends pleasantly surprised me with their kindness.

They brought Ava along with them on a walk through the College’s Arboretum while I went to work. Ava later told me of how impressed she was that any Conn student has access to such an expansive and alluring stretch of land. After their walk through the Arbo, Ava and my friends met me at the Walk-In Coffee Closet, where my shift was about to begin. One of the best things about working at the Closet is the table-top bar in front of where the barista works. It was the perfect place for Ava to hang out while I brewed coffee. We were able to chat, get some homework done and look ahead to the rest of the evening.

After my shift was over, Ava and I walked to Harris Refectory, the main dining hall on campus, for dinner. N2O has a tradition of “family dinner” before every show to gear ourselves up for the performance. I informed my fellow members earlier that week that my friend would be in town, and I asked them whether she could join in our sacred tradition. They agreed that she could certainly join as long as she doesn’t think the group is too absurd. As an improv group, we tend to get pretty silly.

At dinner, Ava said she loved observing how the group interacts and that she got some behind-the-scenes insight into our dynamic. She laughed along with our inside jokes and witty banter, and marveled at the number of choices available in Harris. She tried the sushi, made a quinoa and green pepper salad and even had some pasta. Ava was slowly becoming a Camel whether she knew it or not.

After dinner, I left with my N2O castmates for warm ups. Before every show, the group arrives one hour ahead of time to warm up, shake it out and to squash any preexisting nerves. This was not something that Ava could sit it in on, but she said she didn’t mind. After all, she was already tired after joining me on one of my busiest days. My friend Maja said she would make sure Ava made it to the show on time, and I left Ava in good hands.

The show was fantastic, and I can say that simply because Ava was overjoyed as I exited Olin Auditorium. She kept insisting that the group was hilarious and that the comedy stemmed from our closeness with one another. As Ava and I went back to my dorm for further debrief, she talked about the differences between her college and Conn. The biggest difference, she said, was the color scheme for all of the buildings. This is a detail I seldom pay attention to because Conn is so clearly ingrained in my mind that I hardly stop and take in the beauty of it.

Once Saturday arrived, I had another fun activity in store for Ava. It was a gorgeous day, and the spring version of Arbofest was scheduled from 1 to 5 p.m. Arbofest is an annual concert held in the fall at the Connecticut College Arboretum. The performance comprises student band performances. The spring version was quite similar, and I knew that Ava, who is in a band herself, would really enjoy it. We met up with my friends at the event and found a great patch of grass under some sunlight. I was smiling; my friends were in good spirits; and Ava was having such a good time that I mistook her for a Camel.

Ava left a few hours later. This experience was the first time I’ve ever had an outside friend stay with me, and I found myself feeling really proud of Conn. Before she left, Ava noted that my friends, and everyone she encountered in her short time at Conn, were more kind than she ever could have imagined. 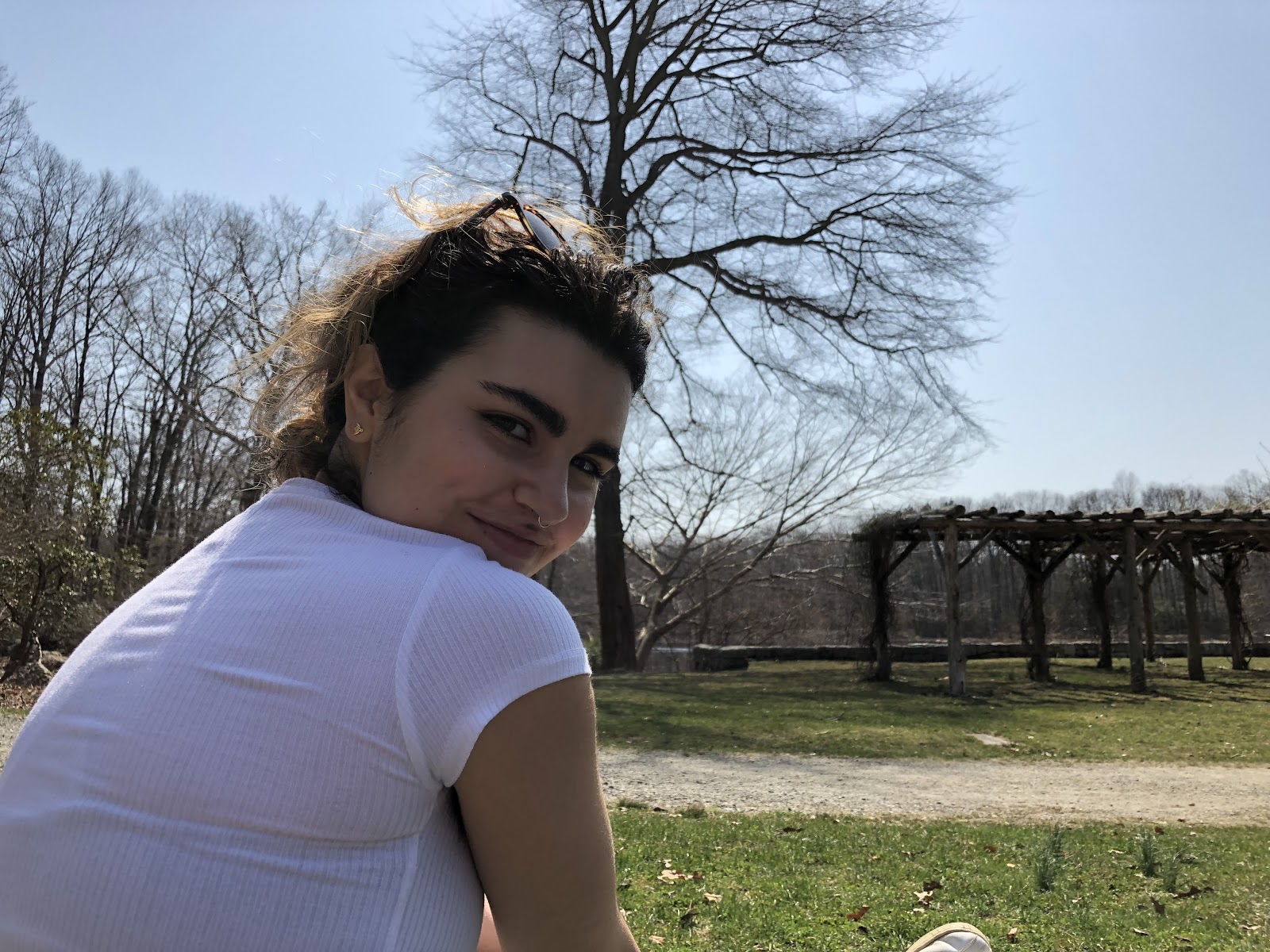