Kurt Reinmund, a videographer for the ConnCollegeLive Experience, is currently spending this semester abroad. He is studying at the CET Film Production program and producing a movie through the FAMU film school in Prague. Kurt took a moment to write about his experiences away from campus.

“Dobrý den. Jsem Kurt. Promi?te, nemluvím ?esky.” In case you do not speak Czech, I just said, “Hello. I am Kurt. Sorry, I do not speak Czech.” After living in Prague, Czech Republic for the past three months and taking Czech language classes twice a week since my arrival here, I’m embarrassed to admit that those three sentences are the extent of my Czech speaking abilities. I did not come to Prague to learn a language that only 10 million people speak; I came here to make a film.

As a film studies major with a concentration in production, I knew I wanted an abroad program that allowed me to make film. It turns out, making a film in a foreign country whose language I don’t speak is extremely difficult and often times awkward. My film is titled Jirí, and the actors and crew in my film spoke about as much English as I speak Czech. Luckily, I’m a master of the “point-and-grunt” technique when trying to tell Czech people what I want, so I found a way around the severe language disparity. For example, if I point and grunt at the couch while making eye contact with an actor, that means I want him or her to walk to that couch. The “point-and-grunt” technique is universal; Francis Ford Coppola used it when filming Apocalypse Now.

I have not spent all of my time relentlessly working on my film; between my numerous meetings with very important film people, I have found some time to explore the city in which I live. Upon first arriving in Prague, I noticed that no building, church, park bench, traffic sign, nor playground was safe from the copious amounts of graffiti that plagued this once-Communist city. But as the weeks flew by, I realized that the graffiti is what makes this city so delightfully unique. While some people may see the graffiti as vandalism, I choose to believe that the graffiti serves as a rebellious reminder to the Czechs that they are no longer under Communist rule. While this belief may just be one of my pretentious theories, there must be some reason why the city does not clean up the graffiti, and I do not think it is out of laziness.

I only have a few weeks left here in Prague before I return to the States, and I must say that I am going to miss this city. Prague may be a permanently overcast city with people who never smile, but there is an irrefutable energy here unlike any I have ever seen. Founded in 1993, Czech Republic is still a new country. I know I’ve only lived here a few months, but I can tell that the Czech Republic has a very bright future ahead of it. I’m just glad I was able to capture its culture on film. 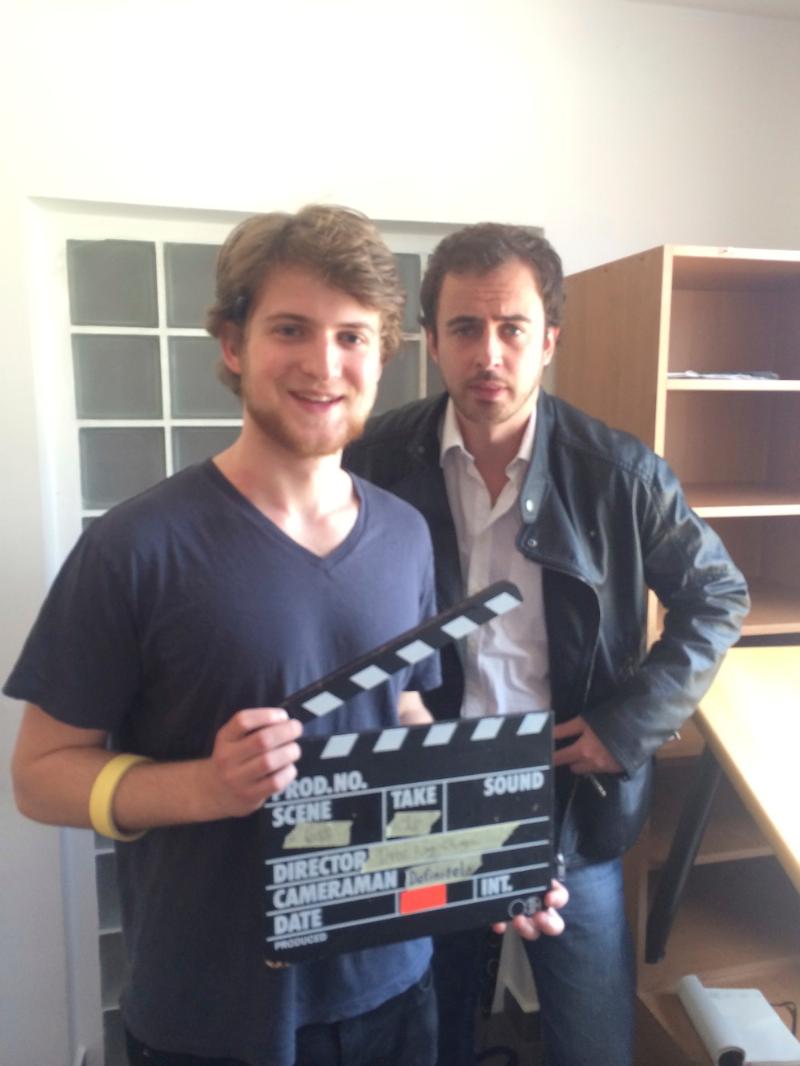